FOR IMMEDIATE RELEASE — Seattle, January 27, 2010
Seattle Chef Seth Caswell is opening his brainchild emmer&rye restaurant this week after working for well over two years for it to become a reality. With more than a few false starts; investors and collaborators who jumped ship at various times during the protracted and ongoing economic storm: and potential locations that came and went, Chef Caswell was undeterred. Persevering in his quest, he continued as president of the Seattle Chefs Collaborative, working with chefs and the greater food community to celebrate local foods and foster a more sustainable food supply. Chef Caswell unrelentingly explored options to bring emmer&rye to life as he continued to cook for charity causes and with chef colleagues in their kitchens all over town.
As part of his celebration of seasonally inspired and locally derived food, in the fall of 2009 Chef Caswell conceived a weekly Tuesday night dinner series at a friend’s restaurant; on the day that restaurant was normally dark. Each dinner series 5-course menu was based on what he could find at the farmer’s market that week and feedback from his extensive email list of potential diners. The seed that became emmer&rye was planted at one of these Tuesday night dinners. Chef Caswell cooked for a group that included restaurateurs Karsten Betd and Eladio Preciado, operators of the four Seattle area Julia’s Restaurants and Julia’s Bakery. Karsten and Eladio were extremely impressed with Chef Caswell’s cooking and his philosophy of meticulously sourcing local products. Conversations that grew out of that first meeting led to the repositioning of Karsten and Eladio’s upper Queen Anne neighborhood Julia’s as emmer&rye restaurant.
“I never dreamt that I would be opening in such a killer location in such a beautiful spot. My collaboration with Karsten and Eladio at this location fast tracked the restaurant opening process. With minor cosmetic changes, an overhaul of the kitchen and the integration of key team members into the new operation, we are almost ready to go”, explained Chef Caswell, “Our opening “dream team” is training and as of late Sunday, the opening day’s menus are in place.

Karsten Betd and Eladio Preciado: owner/operators of Seattle area Julia’s Restaurants (Broadway, Issaquah, and Wallingford) for over 25 years and most recently collaborators with Chef Caswell on emmer&rye.

Posted by Recipe for Success at 7:08 AM No comments: 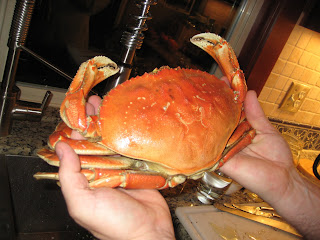 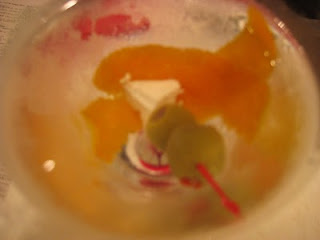 January 14: Wondie, the hunter gatherer, who learned well from his father before him, brings pre-cooked dungenous crab home from Whole Foods-Bellevue. He asks the fish counter guys to pick out the biggest ones, these are all over 2.5 pounds. I am not sure if I have ever seen them this big, he says "We used to be able to get these big ones a lot more." We put last weekend's NY Times down on the kitchen island. I whip up a bibb lettuce salad with red radish and a quick orange-mustard dressing. I shake an icey Bombay Martini, into our communal martini glass-garnish it with a blood orange twist, olives and saga blue, poked on to a cocktail pick. We sat down on the bar stools, say "Prost" and dig in. Really good fast food, for a weeknight.....picking crab, lively conversation and easing into the end of the week. All the stores have the crab now, it is in it's prime and Whole Food was less than QFC. Start to sit down, 15 minutes, perfect.
Posted by Recipe for Success at 3:23 PM No comments:

Get the January edition of Saveur and keep it on hand!

Saveur Magazine has 100 food tips and tricks that are worth reading and saving. Made the best dried grapefruit zest this week and put it in creamy cole slaw: best food reading I have done in a long time! Can't wait to try the other 99 items.....
Posted by Recipe for Success at 5:31 PM No comments:

12-30-09 Dinner in the Bar at Michel's: Clint Eastwood and Reese Witherspoon in the house 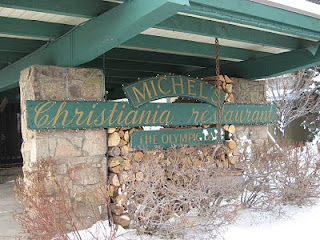 Wondie wants to take me to a place in Ketchum/Sun Valley that he remembers from first coming here while in college. We arrive from Boise and stop in at Michel's to make a reservation for that evening. We encounter the bartender outside grabbing wood for the fireplace, Wondie goes in and comes out saying, "They are booked, but he says if we come early and sit at the bar we can get a spot." We go to Sun Valley Wine Shop and have a glass of bubbles. At 5:40pm, we return and sit at the worn, low ceilinged bar, a couple of parties are already sitting at tables: we sit at the corner of the bar that has 9 seats. We get a menu and a wine list, the bartender is still setting up, tells us they start serving food at 6PM. All of the sudden the place fills up, by 6:15pm the place is jumping. By, 6:45pm everyone is in the weeds. We finally get an order in, it takes forever to order and to get any food. But, who cares the people watching is primo? I come up from the downstairs ladies room and come face to face with Clint Eastwood, sitting at a table with 2 other guys I couldn't place. Clint is cool, sitting in a forest green parka and grey felt hat: the place was very warm given the crowd and the roaring fire. He never took the hat or coat off. Returning to my seat, Scott says, "Reese Witherspoon just walked in". The guy next to me finally gets his steak long after his wife's crab cakes were delivered and consumed. We share snails, a salad, morel pasta and a burger (over done & I don't know what I was thinking ordering a burger in a French joynt). Wondie orders dessert before I can stop him. We don't really care, we are caught up in the wave of people and "auctioning off" seats at the bar, as they become available. Lots of really old men, with really young women coupled and general pandemonium. There are those in "clintwear" and those in lace evening gowns. Great fun, I would go again. Might be wise to get there even earlier.
Posted by Recipe for Success at 8:50 AM No comments: 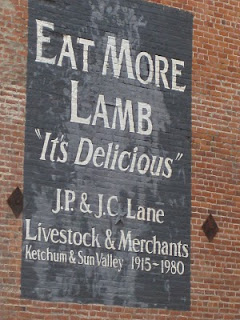 Side of a building seen while walking down the street. I liked how it is worn and the fact that it is still visable. Searched for this company and can't find them on the internet. Still plenty of sheep seen in Idaho as we drove from Seattle.
Posted by Recipe for Success at 8:40 AM No comments: 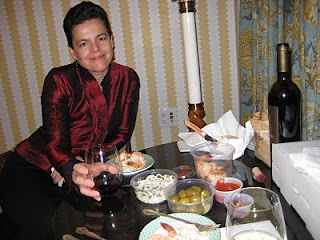 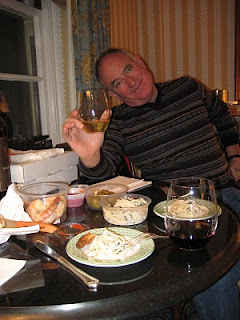 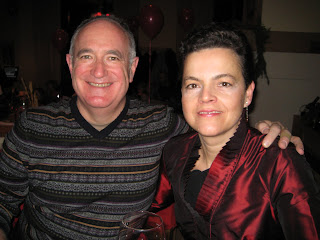 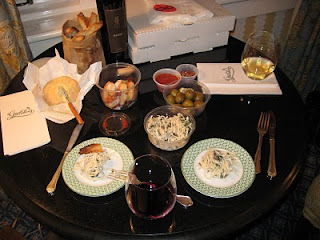 Cheers all!
Posted by Recipe for Success at 8:29 PM No comments:

Nearing "Basque Block" in Downtown Boise, after a dry and relatively quick drive from Bellevue. 15,000 people of Basque decent in the area. 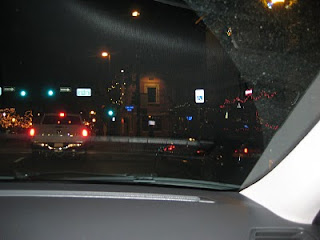 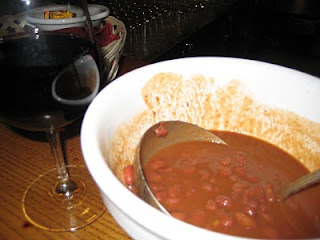 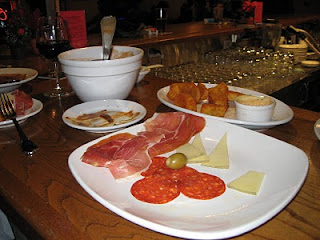 Joe the owner, of Leka Ona (Good Place). We were two of a hand full of people in the place, all sitting at the bar. Everyone came over and welcomed us, talk about CHEERS! By the time we left everyone knew our name and we thiers. Friendly bunch. Joe runs a top notch place and it is worth a stop if you are in Boise. Ron the bartender, told us they also have a few hotel rooms, (they were booked) outdoor seating and a roof garden. He said it was the calm before the storm: they were going to be jammed for New Year's Eve. 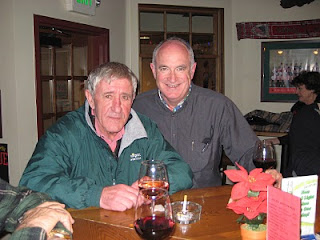 Posted by Recipe for Success at 9:51 AM No comments: