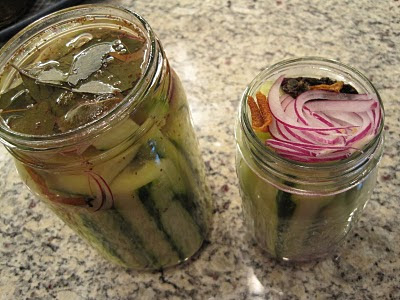 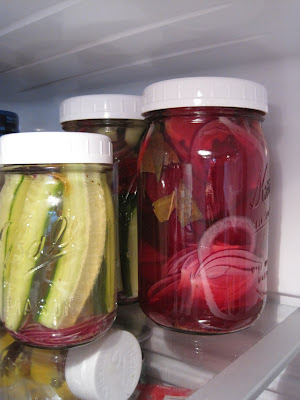 Mix and boil all liquid and spices......pack clean jars with cut cucumbers, roasted beets, slivered carrots. Pour hot mixure into packed jars. Let cool and put in refrigerater at least over night.
Enjoy as part of a compose salad, or when you need a bit of sliced carrots or pickle in a hurry. Great tip for fresh crunchy vegetables, in a jiffy or when you have a bounty of something and want to preserve it! Top off with reusable plastic lids.
Posted by Recipe for Success at 9:21 AM No comments:

FOR IMMEDIATE RELEASE
Le Grand Bistro Américain launches in late December 2010
Northwest Culinary Pioneer opening restaurant at Carillon Point
FOR IMMEDIATE RELEASE — Kirkland, WA Dec. 9, 2010
Chef and highly respected restaurant concept developer Ted Furst announced this week that renovations to the waterfront location he will open as Le Grand Bistro Américain are progressing and that the restaurant will open later this month. “This project brings me full circle,” Furst explains. “French food has always been my first love, and my career began in earnest when Peter Lewis and I opened Campagne as partners. Later, when I was corporate executive chef for Schwartz Brothers Restaurants we opened a Cucina! Cucina! in this location in the early 90’s. It feels right somehow that I am now opening this French inspired Bistro in the same location15 years later.”
Le Grand is an expression of Ted’s culinary roots and his appreciation of the French way of handling food and eating out. “Food that is locally sourced, classically prepared, executed to a turn, but still moderately priced, never goes out of style” says Le Grand’s owner/operator.
Le Grand Bistro Américain has a standing menu including a broad selection of appetizers, charcuterie, soups, and salads, a full raw bar menu featuring the best local shellfish on the half-shell, and a wide selection of entrees with pricing starting at $12. Steaks are done in both French and American styles, and an interesting and extensive list of side dishes is offered. Desserts will also feature prominently, including ice creams made in-house. Daily specials are listed on blackboard menus carried to each table by the wait staff, and primarily feature fresh fish. Specialty sausages are also made in-house. Bread for the restaurant is baked in the central hearth oven twice a day. The bar is a bustling hub of wine, beer, coffee, and scratch-made cocktails, with full dining service available during any hour of business. Several house wines are available by the pitcher, as they would be in a European tavern. A unique happy hour is featured from 3-6 pm M-F and weekend Brunch is served starting at 10am. Seating is for 140 guests, including a long counter in front of the hearth oven, coffee, raw, and cocktail bars.
Le Grand is situated in a stunning location; two seasonal patios overlook the Carillon Point waterfront in Kirkland, WA with western water views. The décor is classic and the service is professional but approachable: a friendly, urbane feeling prevails.
Ted, his management team, and the entire restaurant staff look forward to applying their considerable food, beverage and hospitality experience to the operation of Le Grand and relish the opportunity to bring it patiently to perfection, day by day.