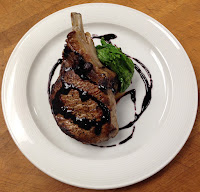 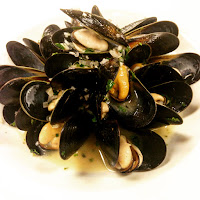 
Experienced hospitality couple, Chef Andy Dekle and his wife, Megan Hartz are at the helm of the soon to open Marée Bistro & Bar which replaces Cassis on the Alki waterfront in West Seattle. Chef Andy and Megan were part of the opening team of critically acclaimed Cassis Restaurant and remained during the entirety of its two year run. The pair are formally trained chefs, having attended Seattle Culinary Academy and the Art Institute of Seattle, respectively. Although the restaurant name is new, many of the same staff will be there to offer a friendly welcome when Marée (“Mah-ray”) opens later this month.


Megan is assuming the management position and will be in charge of the wine list which has a strong emphasis on small, quality producers. The beachfront bistro & bar will feature the same seasonal, market inspired French cuisine with a Northwest flavor that guests have come to expect from Chef Andy Dekle.


Chef Andy is a strong advocate of grass fed meats and sustainably raised and harvested game, fish and shellfish. His menus change monthly, however, staples such as house-made pâté, steak-frites, salade Lyonnaise and mussels are on the menu year round. Cassoulet and onion soup appear during the winter months; bouillabaisse, roast chicken, fresh fish and the abundance of the local marketplace are reflected on the menu in spring and summer.


Marée Bistro & Bar is a warm inviting refuge in the winter months; in summer is blessed with the most spectacular sunsets in Seattle. The relaxed cozy atmosphere and attentive service rivals the exceptional food. Guests can enjoy a glass of wine or an apéritif and small bites at happy hour; a leisurely dinner or cocktails with friends at the bar for the perfect way to end a day.


A beachfront, neighborhood destination, Marée Bistro & Bar is inspired by the seasonality of the Northwest. Chef Andy Dekle sources sustainably raised and harvested meat, game, shellfish, fish and produce from nearby purveyors. Aspects of the menu change often, because truly seasonal is fleeting at certain times of the year and with certain products; other menu items change with the time of the year.  Marée Bistro & Bar-Alki will be enjoyed by the nearby community it serves but it is also a destination restaurant because of its spectacular location, water view from every table and highly rated food and service.